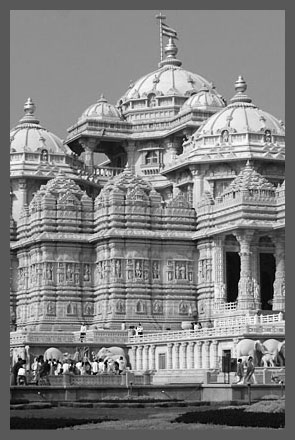 How to reach Noida

Air
The nearest airport is the Indira Gandhi International Airport in Delhi which is 23 km from Noida. Noida administration is planning to construct a helipad in Sector 128 from the airport to Noida and from Noida to Agra.

Delhi Metro
Noida has been put on the fast track for the Delhi Metro. Noida is now connected to Connaught Place, New Delhi, via Barakhambha Road, IP Estate and Akshardham Complex. The Metro connects NOIDA to Vaishali, through the Yamuna Bank interchange station. Metro will be further expanded in the city and will go to Greater Noida.

Road
Noida features three main expressways. One is the DND Flyway, which connects Noida and Delhi, runs across the river Yamuna, second is the Noida-Greater Noida Expressway and the third is the Yamuna Expressway which connects Noida to Agra via Mathura. UPSRTC, DTC and private buses ply through various routes in the city. Taxi, autorickshaws and cycle rickshaws are available for short-distance transport.